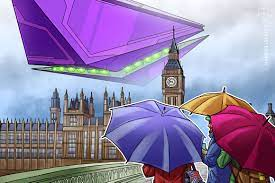 EIP-1559, EIP-3198, EIP-3529, EIP-3541, and EIP-3554 are the five EIPs that will be deployed on the testnets as part of the London upgrade. The contentious EIP-1559 proposal is a transaction pricing mechanism that consists of a fixed per-block network fee that is burned and allows for dynamic block size expansion and contraction to address congestion.

Unlike Bitcoin, Ether does not have limited supply

The London hard fork is expected to transform the network into a speedier, eco-friendly network. The upgrade’s core proposal — dubbed as EIP-1559 — will cap Ether’s gas fees while moderating the volatility of the network’s transaction fees. Unlike Bitcoin, Ether does not have a supply limit, making it less appealing as a store-of-value asset against unlimitedly printable fiat currencies. The new proposal will bring in the so-called scarcity feature to the the Ether ecosystem, which is currently the primary bullish factor in the Bitcoin (BTC ) markets. Ether’s circulating supply was 116,471,411.37.37 ETH at the time of publication.

Transaction fees will have a negative impact on the core

There will be a discrete base fee for transactions included in the next block thanks to this mechanism. A tip called a priority fee can be added to incentivize the miner for faster inclusion for applications and users who want to prioritize their transactions on the network. The transaction’s base fee is burned while the miner keeps the tip. This means that until the transition to a PoS model is complete, miners will receive a tip for prioritizing transactions in addition to the 2 Ether (ETH) per block they receive.

The impact of burning the base fees on the network was discussed by James Beck, director of communications and content at ConsenSys, a blockchain technology company that supports Ethereum‘s infrastructure: Burning the base fee should put deflationary pressure on ETH issuance, though predicting how deflationary it will be is difficult because it requires projecting variables like expected transactions and, even more, difficult to predict, expected network congestion. The more transactions that take place, the more deflationary pressure the base fee burning will exert on the overall Ethereum supply.

However, Marie Tatibouet, the chief marketing officer of cryptocurrency exchange Gate.io, expressed concern that the change in transaction fees could have a negative impact on the network.

She pointed out that miners can still be tipped, and that the larger the tip, the faster the transaction will be processed, adding, Now, as the network grows larger and Ethereum continues to be the primary smart contract platform, will that not trigger another fees war among users willing to pay extra to speed up their transactions?

The Difficulty Bomb has been postponed

The EIP-3554 is another important component of this upgrade that has an impact on regular users. This EIP pushes back the implementation of the difficulty bomb until the first week of December 2021. In essence, when the difficulty bomb goes off, mining a new block becomes extremely difficult and unfeasible for a miner, enforcing the switch to the PoS Beacon Chain.

The EIP, according to Kosala Hemachandra, founder and CEO of MyEtherWallet, an Ethereum-based wallet platform, has been in place since the beginning of Ethereum to ensure that the network transitions to a PoS and Eth2 on time. He went on to say:

After a certain block number, this value causes the block difficulty to exponentially increase, making it impossible for miners to mine new blocks and forcing them to switch to the Eth2 network. However, due to development delays, this time bomb has been repeatedly postponed, and it will be postponed once more in the London Fork.

The network is aiming for the Shanghai upgrade and/or the Merge to happen before December 2021, according to the official document for this EIP. However, it goes on to say that the bomb can be repositioned or removed at that time, implying that the first week of December is not a hard deadline for the bomb or the merger to take place and that it could be postponed even further.

Tatibouet also stated that transaction speed solutions built on top of the existing network, or layer-two solutions, appear to be the most viable option until Ethereum 1.0 merges with the PoS Beacon Chain — a mechanism to coordinate shards and stakers on the network.

According to CryptoQuant data, over 100,000 ETH was staked in the Eth2 deposit contract on the same day as the upgrade on the Ropsten testnet was deployed, equating to $210 million in notional value at the current ETH value of around $2,000. Such a high level of interest could indicate the Ethereum community’s excitement for this upgrade, particularly given the implications of the much-discussed EIP-1559.

It’s worth noting that the total proportion of ETH staked on the Beacon Chain surpassed 5% for the first time after an additional 100,000 ETH was staked on the day of the testnet’s deployment of the London upgrade. The total amount of ETH staked is currently just over 6 million tokens worth $12.76 billion.

In comparison to other PoS networks and coins, 5% of ETH staked isn’t a large percentage. Cardano, for example, has nearly 72 percent of ADA staked in the network. There are, however, a number of reasons why this is the case. Hemachandra explained the main reason for this and why it is a good sign for the network: ETH, unlike most other PoS coins, does not exist solely for the purpose of staking and earning interest. This is a positive sign for ETH as a utility. If 80 percent of ETH is staked, for example, there is only 20% of ETH left to do anything in Ethereum, which I do not believe is an ideal situation.

View all posts by thecoinrepublic.com